Anjali Tendulkar is one of the most well-known personalities: an Indian Paediatrician, Philanthropist, and better half of the legendary Indian cricket player Sachin Tendulkar. She was born on 10th November 1967 in Mumbai. Anjali basically originated from a wealthy Gujarati family; her father, Anand Mehta, is an Industrialist, while her mother is from a British Background.

Furthermore, Anjali Tendulkar has sacrificed a lot in her career just to support and nurture her husband’s ambitions and goals. Also, when Sachin’s farewell test match was held at the Wankhede Stadium in Mumbai, the god of cricket Tendulkar, spoke about her wife’s vital role in shaping his outstanding career. Besides, he also added whatever he has become in the field of cricket is only because of her wife, Anjali. Aside from this, Anjali is a pleasing and down-to-earth personality. She takes well care of her family and also a mother of two children Sara and Arjun.

Anjali is the single child of her parents Anand and Annabel. Her great-grandfather was a wealthy landowner who made her grandfather and father rich as well. They have a massive amount of expensive property around Mumbai’s most luxurious residential area, Breach Candy. Her father owns many industries and also a well-known world bridge champion.

Besides, her mother, Annabel Mehta, is the founder of a famous NGO known as Apnalaya. Anjali Tendulkar studied medicine at Grant Medical College and practiced as a pediatrician at Mumbai’s JJ hospital for several years. Even though Anjali was born with a silver spoon, she is really humble by nature and always sympathetic towards the needy. Apart from this, she is a foodie and loves trying out different restaurants and food worldwide. 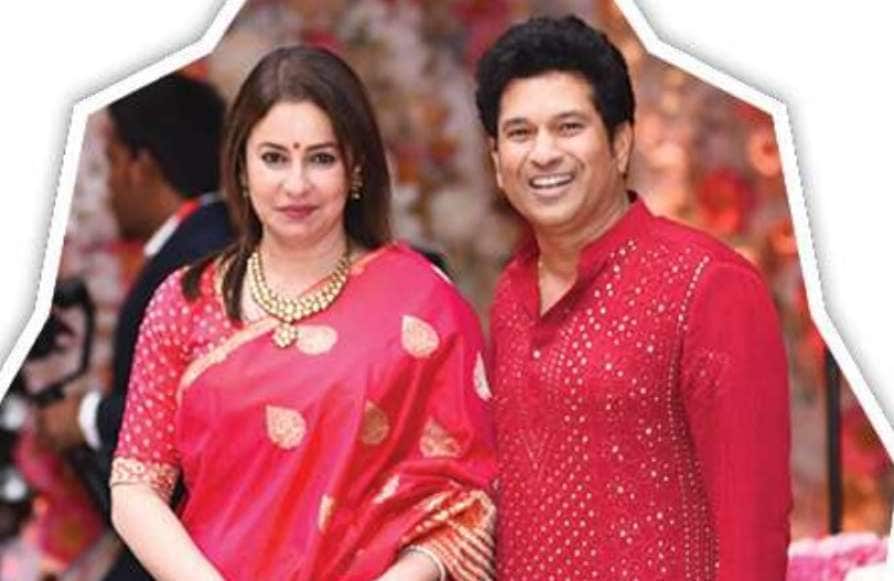 Anjali and Sachin Tendulkar share a fantastic bond together. They first met at an airport in 1990; at that time, Sachin was only 17 years old whereas Anjali was 25 years old. She was at the airport to pick her mother up, and Sachin was returning home with his cricket team after a tournament in England. Furthermore, they both fell in love with each other at first sight itself. Later, they started dating each other and usually seen together.

After dating for five years, the couple decided to tie the knot in 1995. Additionally, they are blessed with two adorable kids, a son named Arjun, who is preparing for international cricket, and a daughter named Sara. Anjali Tendulkar is six years older than Sachin, but this age difference never created any obstacle in their love life, and they both are still going strong.

Anjali life after the wedding

Anjali has always been stick by the side of Sachin, even in his thick and thin. Besides, Sachin appreciates her sacrifices and efforts that she has put in over the years to make their relationship work. Anjali Tendulkar left her career when her son Arjun was born, but she continued her philanthropic work in order to help the underprivileged people. Besides, she also works with her mother, who runs her NGO.

Furthermore, Anjali was the only one who used to take care of everything and manage everyone at home as Sachin was usually away when he used to play cricket for India. Apart from this, Anjali had gone through a tough time when Sachin blamed for the team’s lousy performance in the 2007 world cup. She protects her husband and children from the bitterness of media and the public. Anjali might not be a celebrity but her contribution over the years made her no lesser than that.

Some Unknown facts about Anjali Tendulkar