Actress Sakshi Malik rose to fame after she appeared in the song “Bom Diggy Diggy” from the movie ‘Sonu Ke Titu Ki Sweety’ alongside Karthik Aryan and Sunny Singh. The song made her the internet sensation overnight. Though she was seen in the video song for only a few seconds, the audience loved her appearance with glasses. After the song, her social media followers increases, and currently, she has more than six million followers on her Instagram handle.

Sakshi Malik Actress describes herself as a fashion, lifestyle, and beauty influencer on her social media profile. Aside from her modeling and acting career, she has done B.tech in her education. Sakshi Malik also works for some renowned modeling agencies like PC Jewelers, Nykaa, Freshlook, Faces Canada, etc. Moreover, before coming into Bollywood, Sakshi was also seen as a model in the Punjabi song ‘Kudiye Snapchat Waliye’. Her song received more than 6million views on YouTube. 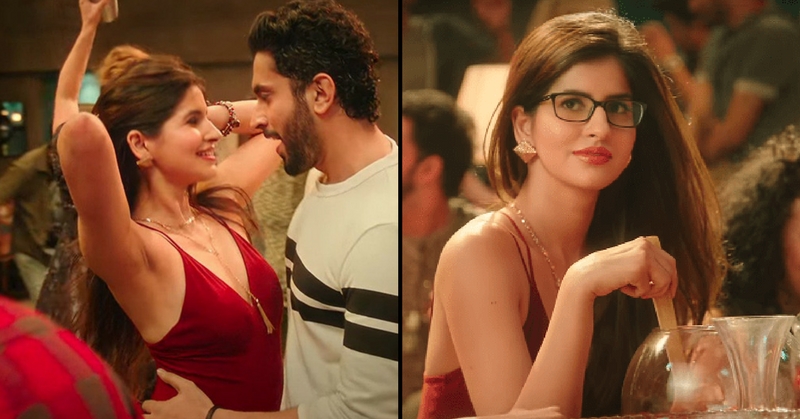 Sakshi Malik was born in Kanpur, Uttar Pradesh, in 1993. Her father’s name is unknown yet; her mother’s name is Anju Singh Malik, who can usually spot in her pictures on social media. Besides, She has one sibling, her sister Aayushi Malik,  who is also an Instagram influencer and model like her. Apart from this, actress Sakshi Malik has a gala time in her personal life a few months back; she just got engaged with her boyfriend, Sabtul Katara.

Moreover, the model shared happy and joyful pictures from the beautiful moments of her life on social media. She announced this good news to her fans by sharing a heartfelt note for her fiancee Sabtul where she wrote, “thanks for always treating me like your princess.” In one of the pictures, Sakshi was seen dressed up in a fabulous designer lehnga while she was blindfolded and walking up the stairs on her engagement event.

If you are a die-hard fan of Sakshi Malik and want to know more about her daily life updates, then you can follow her on social media handles, such as Facebook, Instagram, and Twitter. As she is very much attached to the Internet Community, so Sakshi usually posts the latest photos, videos, and updates about her.